Civic Revival values the great sacrifices made by our men and women in law enforcement, particularly during these challenging times, where they often have had to put themselves in harm’s way to keep Canadians safe.
Despite attempts by divisive special interest groups and certain sections of the media to smear the entire police force on account of the reckless actions of a few, we strongly believe that the men and women in law enforcement have a crucial role in keeping our communities and families safe, whilst also being a force for good.
We, the undersigned, petition Chief Nishan Duraiappah of Peel Police to commend, rather than reprimand,  sergeant Paul Brown (Badge #1889) who was filmed hugging a protester by Global News. The sergeant, as the video shows, was approached by the protestor and not the other way around. He showcased remarkable presence of mind and humaneness in de-escalating a potentially inflammatory situation. If anything, his actions have only endeared the police to the public and given Peel Police the most favourable publicity possible.
We call upon residents of Peel Region and other Canadians to show their support for the sergeant by calling the Peel Regional Police at 905-453-2121 (extension: 1200) and to request for him to be reinstated. 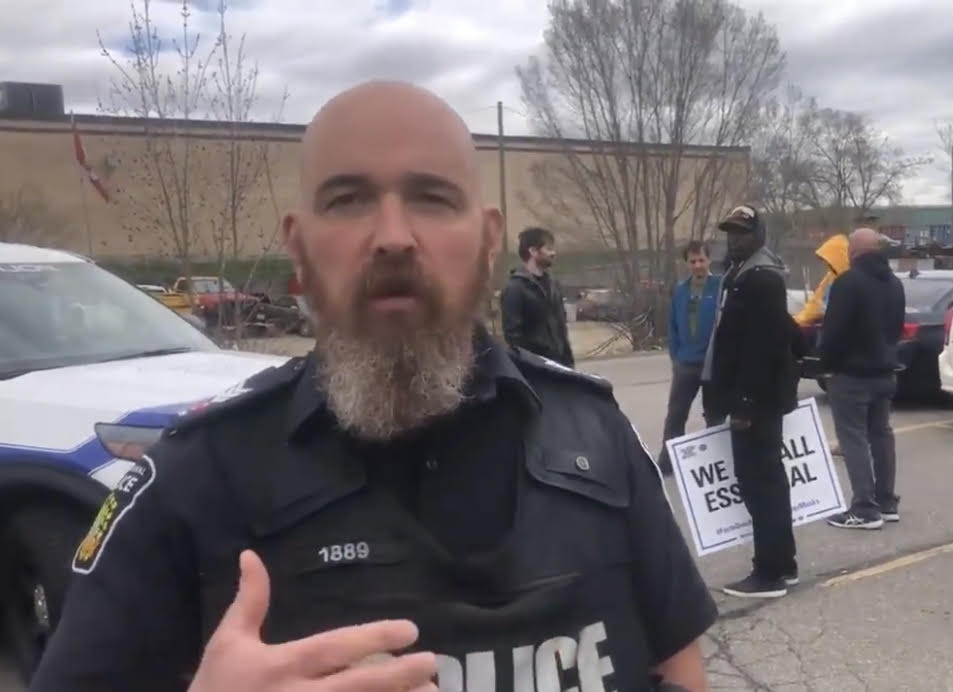