A Rally to Uphold the Rule of Law In Canada

On August 7, 2021, Civic Revival organized the first-ever rally in Ontario to protest the ongoing burning and desecration of churches with impunity in Canada. Despite the incessant rains, the crowd turnout was remarkable and a number of well-known media outlets also attended. We are deeply humbled by and grateful to our fellow Ontarians who took the time to make their presence felt by speaking out against these mindless atrocities.  . 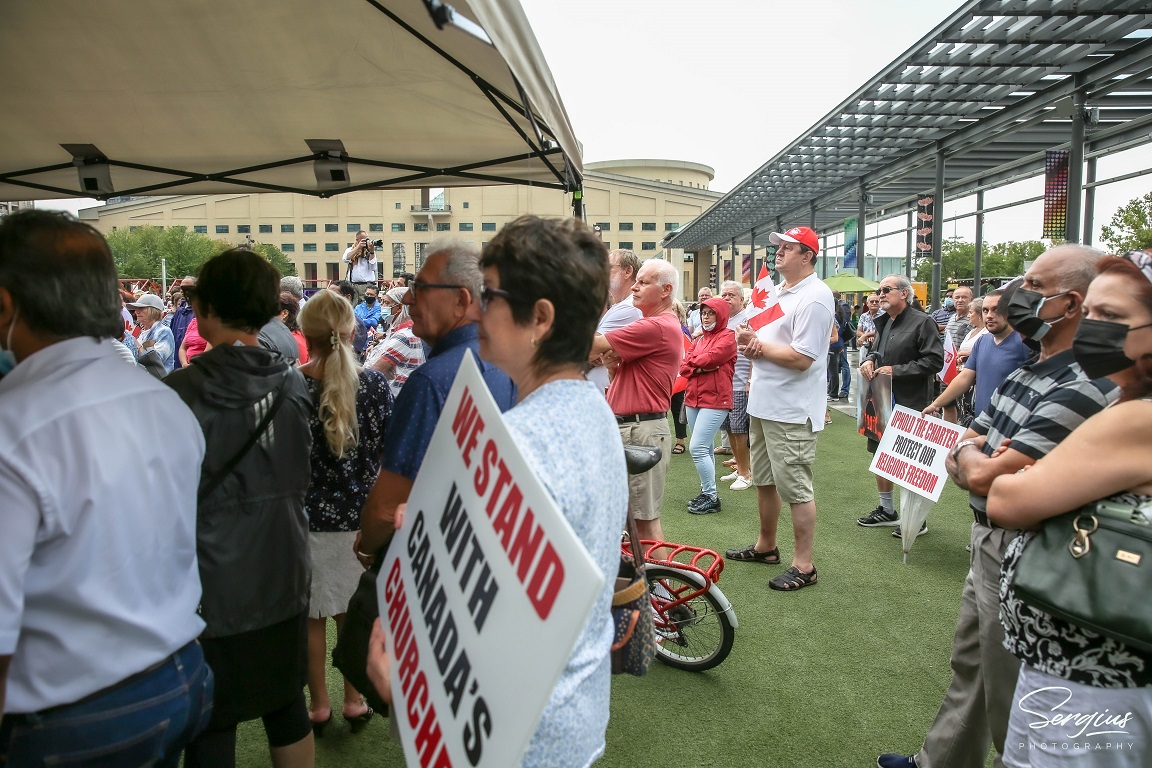 Once again, we sincerely thank everyone who attended and invited others to attend, and also supported us with financial gifts that helped us put together this rally on a very short notice. Last but not the least, a huge shout out goes to all the volunteers who lent their time and talent towards making the event a grand success.

or
Please check your e-mail for a link to activate your account.